Keeping our patients and staff safe is our top priority. Click here to see our safety procedures

Would you like to switch to the accessible version of this site?

Don't need the accessible version of this site? 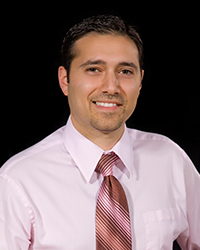 Dr. Steven Saba is a SoCal native and grew up in nearby Los Alamitos, CA. He attended the University of California, Los Angeles (UCLA) and graduated with a Bachelor of Science in Psychobiology. He then went on to pursue his optometric studies at the Southern California College of Optometry at Marshall B. Ketchum University. Dr. Saba completed his clinical studies with an emphasis in ocular disease management, primary eyecare, and pre/post-operative care for LASIK and cataract patients.

Dr. Saba’s journey towards becoming an optometrist at OC Vision Center began several years ago when he was a patient of the practice. He credits Dr. Murray Taubman as being one of his primary inspirations for getting involved in the field. He looks forward to continuing Dr. Taubman’s legacy of providing patients with thorough and compassionate care. In his free time, Dr. Saba enjoys rooting for his favorite sports teams (Dodgers, Lakers, and UCLA) and hitting the basketball hardwood. He also enjoys going on road trips, watching movies, and spending time with friends and family.